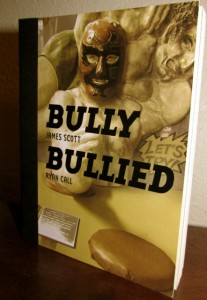 Co-edited by emily danforth, Dave Madden, and Adam Peterson and published in Lincoln, Nebraska, The Cupboard was originally a monthly ‘pamphlet,’ and downloads of the first sixteen issues can be found in the archives on the website. These can be printed and “assembled” by readers from PDFs.

The Cupboard has evolved into a quarterly publication of creative prose with each volume featuring a body of work by a single author. Design and layout are done by William Todd Seabrook.

The Cupboard is also holding its first-ever contest, featuring guest judge Michael Martone. The winning author will receive $500 and publication. Manuscripts between 4,000 and 10,000 words, of one piece or many, are being accepted until March 31, with the contest fee applied to a subscription if the writer chooses.