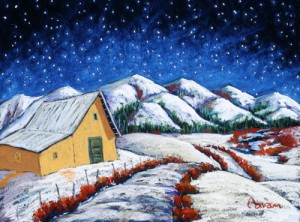 “Though the Taos Summer Writers’ Conference is young in comparison to events like Bread Loaf, the inspiration behind it is deeply rooted in New Mexico’s literary history and predates the existence of even its most well-established national predecessors. English-born writer D.H. Lawrence first traveled to Taos in 1922 at the invitation of Mabel Dodge Luhan. In the 11 months he spent there, over the course of three separate visits, he arrived at a keen understanding of the compelling nature of this landscape. Now, years after Lawrence first set eyes on the dramatic sweep of northern New Mexico, it continues to be a powerful draw for countless artists and writers.”