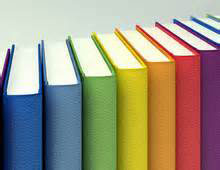 Publishers Weekly’s May 25 LGBTQ feature kicks off a month-long look—in print, online, and elsewhere—at various corners of LGBTQ publishing. Below are topics already covered (each are linked to their full article on the PW site), with more issues planned for June, such as finding, publishing, and marketing LGBTQ titles, romance, comics and manga.

What authors, editors, and others would like to see next from LGBTQ publishing
How some key LGBTQ publishers are pushing boundaries in the category
How official classifications of LGBTQ books have evolved over the decades, and what that’s meant for readers
How religion houses are adapting to shifting public opinion around LGBTQ issues
How transgender characters are being depicted in books for children and young adults
Why one transgender author writes about all sorts of experiences, not just her own
How a Philadelphia AIDS charity stepped in to keep the historic Giovanni’s Room bookstore thriving

In addition, PW is running a “Queering the Title” contest, #queerabook. “We want to hear your boldest ideas for titles of LGBTQ books that don’t exist—yet. Yes, it’s a fun game, but it’s also a way of getting people to think about how much space there is in the ‘canon’ for queer and trans stories.” Twittering begins June 1.