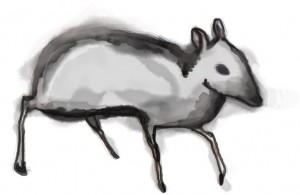 Aldus is Brown University’s new Undergraduate Journal of Works in Translation edited by Timothy Nassau and Matthew Weiss, who discuss the role of contemporary literature and literature in translation in their Letter from the Editors. “A translated work,” they write, “is always already finished to us; it presents itself as an emissary from a completed world, removed from the pettiness of one’s own language, literature, and culture–and no matter how it is perceived in its own land, it always appears unified in another language. As such, it stands above contemporary controversies, like a manuscript from antiquity or a message from the future. It brings into view the following: that a different kind of whole is possible.”

Aldus, then, is itself a different kind of whole, presenting works in translation in this first issue from Greek, Slovenian, Latin, Cambodian, Russian, Arabic, French, Spanish, Chinese, and Old English. The original work is sometimes provided, more than not, and the works vary from poetry to prose, an original essay in English by Dore J. Levy, and a translation of the People’s Statement from the protesters of Midan Tahrir, which was circulated on the internet and the streets of Egypt during the recent revolution.

Aldus – all 170+ pages of it – is available full-text online using Issuu. Print copies can also be acquired by contacting the journal.

Aldus will publish translations into English from any language, in any genre, from any time, and from any place, as well as essays on the art of translation.

Submissions for the fall issue are due by October 15, 2011. Proposals are also welcome.