Academic Program Director Frank Montesonti wrote to NewPages about the Master of Fine Arts in Creative Writing Program at National University to share the interesting stories of some of National University’s military students/alumni. He notes, “About a fifth of our MFA program is active or former military, and some students have even taken our program while deployed overseas. I thought it would be nice to tell a couple of their stories while highlighting how military friendly our program is.” 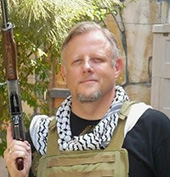 Weston Ochse spent thirty years in the military. The first five years was as a communications specialist who carried the combat radio. Then he transferred to intelligence where he stayed for the remainder of his career. He performed humanitarian operations in Bangladesh, was deployed in Afghanistan, and near cannibalized in Papua New Guinea. His intense military experience helped him carve indelible characters.

Weston has been praised for his positive depiction of soldiers with PTSD, both at peace and at war. Weston writes, “Too often a PTSD sufferer is the crazy in the grocery store or the sniper on the tower. Such negative depictions do little to further the cause of PTSD. Those examples are extreme and represent what can happen if society fails a person. I’d rather write about a PTSD sufferer and describe how they got PTSD and what they are doing to deal with it. There’s a lot we can learn from such things.”

In Papua New Guinea, Weston lived one of the most challenging experiences. “It was me and six rascals. They all had machetes and hungry looks. All I had was a smile. I managed to talk them out of killing and eating me by talking about American television. They liked our TV. It’s probably what saved me.”

Weston attended an MFA program at National University. A writer of more than 26 books in multiple genres, he has won the Bram Stoker Award for his first novel, Scarecrow Gods, was nominated for the Pushcart Prize for his collection of short stories, Appalachian Galapagos, as well as won multiple New Mexico-Arizona Book Awards.

Weston says of war stories, “too often, those who write military fiction glorify the violence, creating nothing more than gun porn for the mouth-breathing crowd. The best ones write about the architecture of the human soul, and how war changes it, both for good and bad.” Weston delves deep into his stories to reveal what is under the surface. “It’s important to understand that each soldier, sailor, airman, or marine is someone’s mother, sister, brother, father, son, etc. They are not one-dimensional characters. They are all too real, and it’s important to relate how war changes them to those who haven’t experienced war.” 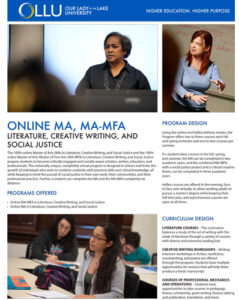