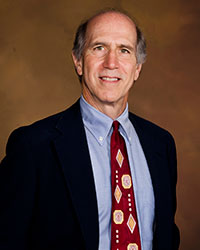 M. Scott Douglass, publisher and editor of Main Steet Rag, is one of the most doggedly and passionately persistent people I know, especially when it comes to poetry. His efforts turned a bit more political this past year with the controversy surrounding the annual appointment of North Carolina’s Poet Laureate. In Scott’s words:

“In Mid-July, North Carolina Governor Pat McCrory bypassed the established protocol for selecting [former Poet Laureate Joseph Bathanti’s] replacement in the position of NC Poet Laureate. An internet donnybrook ensued because his selection seemed out of touch with the state’s writing community. A spokesperson from the governor’s office said the position was largely symbolic, didn’t require qualifications, and called those who were complaining ‘elitists.’ The governor’s selection for Poet Laureate then resigned. No replacement has been named. National news was made.”

It turns out that Lisa Zerkle had just finished an interview with Bathanti for this issue of MSR during the news of this controversy, but said Bathanti didn’t seem ready to talk about it yet. Scott would not be deterred when he later saw Bathanti would be speaking publicly on the issue. He attended the meeting, asked his own questions, then ask Bathanti if he would be willing to do a follow up on the issue with Zerkle. Bathanti agreed, and the resulting interview is published in this issue, with several pages devoted to the governor’s treatment of the role of Poet Laureate.