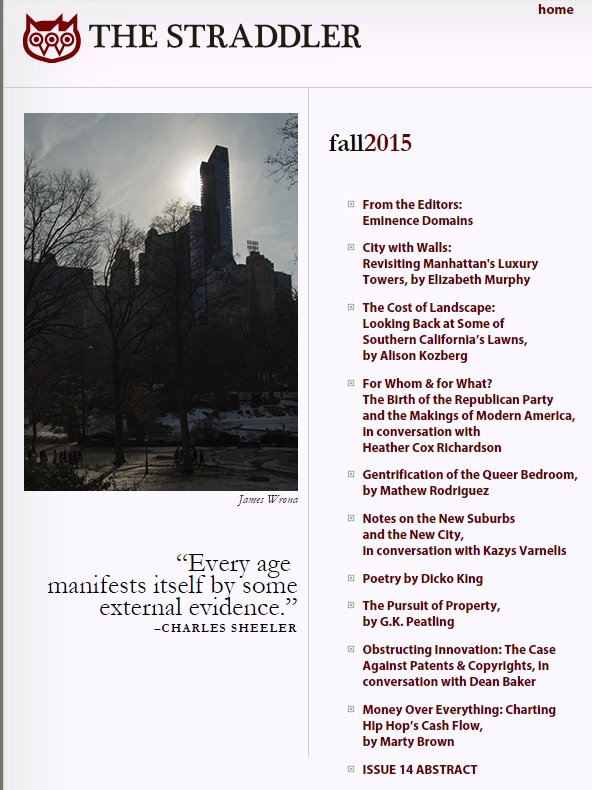 Eminent domain is the theme of the fall 2015 online issue of The Straddler – or rather “Eminence Domains,” as the editor’s note reads, opening the interpretation of the legal definition to the more creative. Content includes some truly intriguing articles and interviews:

“City with Walls: Another Look at Manhattan’s Luxury Towers” by Elizabeth Murphy, with photographs by James Wrona

“The Cost of Landscape: Looking Back at Some of Southern California’s Lawns” by Alison Kozberg

“For Whom and For What? The Birth of the Republican Party and the Makings of Modern America” in conversation with Heather Cox Richardson

“Gentrification of the Queer Bedroom” by Mathew Rodriguez

“Obstructing Innovation: The Case Against Patents and Copyrights” in conversation with Dean Baker

“Money over Everything: Charting Hip-Hop’s Cash Flow” by Marty Brown