Here’s a good one for those of us coming to the end of the semester.

On Seeing Clearly
By Dinty W. Moore
From Inside Higher Ed
November 30, 2007 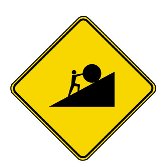 “After sixteen years of pushing that old pedagogical stone up the hill, I sometimes question whether the conventional undergraduate—a nineteen- or twenty-year old American child of the middle class—really wants to see the world clearly. Or if he even has the ability.

“Now there are exceptions, surely, but I am talking about the general mass of students, those that want to write, want to be writers, certainly want to have written, but can’t be prodded or cajoled or threatened into saying something other than what they know to be safe, acceptable, and familiar. These are good students, by and large. Many of them have admirable skill at assembling sentences, images, scenes, and metaphors. But the writing reveals nothing, goes nowhere, and deliberately takes no chances….” [read the rest here]