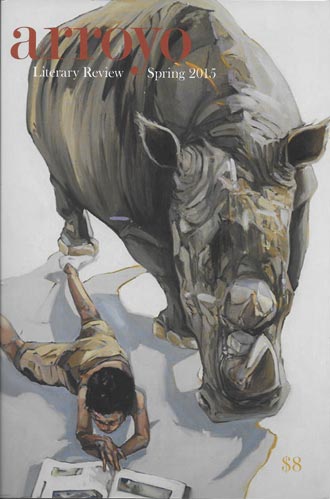 Arroyo presents their first drama piece in their Spring 2015 issue: “Creation of Myself” written by the Costa Rican epic poet, Eunice Odio, and translated by Keith Ekiss. From The Fire’s Journey, a four-part epic poem, the selection follows poet-hero Ion as he prepares to enter the world.

The issue with this “first” for Arroyo also brings around a “last.” Editor Christopher Morgan says good-bye in his Editor’s Note, and Lenae Souza will be stepping in as Editor for Issue 8, set to come out in Spring 2016.