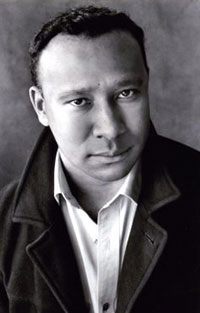 The most recent issue of New England Review (v35 n3 2014) begins with a farewell editorial by poetry editor C. Dale Young (which can be read here in its entirety). In it, he tells the story of his being called to “consult” on the massive backlog of poems the magazine received – to help sort the slush – and then his subsequent promotion to associate editor and then poetry editor. His comments on the responsibility of reading and selecting for the past 19 years are thoughtful, heartfelt and deeply genuine.

In his leaving, this particular issue features his final selection of 20 poems culled from past publications: “. . . there were at least ten poems that never left me alone, that haunted me, so much so I sometimes felt as if they were my own poems. I can even recite many of them. I wrote down these titles and then read through every issue I have helped put together in my time with the magazine to find another ten. I culled and culled until I had the twenty poems from my time with NER that not only never left me alone but actually changed me as a reader and writer. They changed my mind, and they changed my heart.”

I cannot imagine a higher recommendation for reading this issue of NER. Several of the poems are available to read online. [Photo credit: Marion Ettlinger]