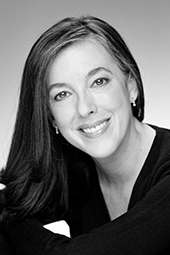 In one of my recent columns I wrote about the importance to the overall effect of a poem of having a strong ending, and here’s a fine example of that. It’s by Terri Kirby Erickson, a North Carolinian, from her book, Becoming the Blue Heron, published by Press 53. Others of Erickson’s poems are available in the column’s archives at www.americanlifeinpoetry.org.

My cousin, Milton, worked for a cable company.
The boy I knew when we were children

had fists that were often clenched, his face set like
an old man whose life had been so hard,

it hardened him. But the man’s hands opened to let
more of the world in. He sent the funniest

cards to family and friends at Christmas, laid down
cable so others could connect. Yet, he lived

alone, kept to himself much of the time, so when
his sister found his body, he’d been gone

a good while. He died young at fifty-seven, without
fuss or bother. No sitting by the bedside

or feeding him soup. He just laid himself down like
a trunk line and let the signal pass through.

We do not accept unsolicited manuscripts. American Life in Poetry is made possible by The Poetry Foundation (www.poetryfoundation.org), publisher of Poetry magazine. It is also supported by the Department of English at the University of Nebraska, Lincoln. Poem copyright ©2017 by Terri Kirby Erickson from Becoming the Blue Heron  (Press 53, 2017). Poem reprinted by permission of Terri Kirby Erickson and the publisher. Introduction copyright ©2018 by The Poetry Foundation. The introduction’s author, Ted Kooser, served as United States Poet Laureate Consultant in Poetry to the Library of Congress from 2004-2006. 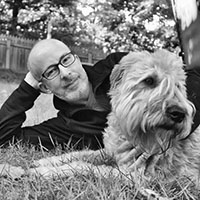 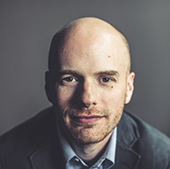