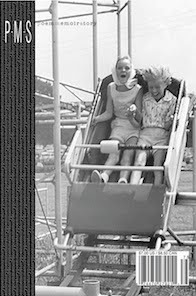 The 2010 annual issue of PMS poemmemoirstory features Masha Hamilton and her authors from the Afghan Women’s Writing Project. Editor Carry Madden writes: “Hamilton traveled to Afghanistan several times to listen to the stories of Afghan women. It was from these trips and meeting the women of Afghanistan that she came to establish the ‘Afghan Women’s Writing Project,’ giving Afghan women a place to tell their stories, publishing only under their first names for reasons of safety. From Seeta’s ‘Under Burqa’ to Shogofa’s ‘Kill Silence’ to Meena’s ‘My First Namaz,’ we catch a glimpse of what it means to grow up in a world where women’s silence is not only mandatory, it is celebrated. But Hamilton’s own determination to ‘kill silence’ has sparked and underground movement of change. She not only found teachers and established secure on-line classrooms for Afghan women to study and write, she conceived perhaps the rarest freedome of all in Afghanistan – a place for women to unlock their words to share with the world.”

In addition to its regular content, issue 10 of PMS features the work of Hamilton and six of the Afghan women – Roya, Seeta, Shogofa, Meena Y, Freshta, and Tabasom.