stage
you are not suppose to be here
yet you are –
some natural contradiction.
your snarl and ravenous appetite—
fiction. an imagined geography.

Black bodies or the scene of the crime

stage
you are not suppose to be here
yet you are –
some natural contradiction.
your snarl and ravenous appetite—
fiction. an imagined geography.

Black bodies or the scene of the crime

Basically, there are 79 pages of visual poetry organized into a set of eight communiqués. Followed by 23 pages of endnotes, (“ Notes or an exercise in Black Annotation & Black Redaction”), and “Bibliography/Nods/Samples And Suggested Tea.” An avid student could spend years dipping in and following the bread trails, a map, a syllabus, a curriculum, a damned fine reading list. 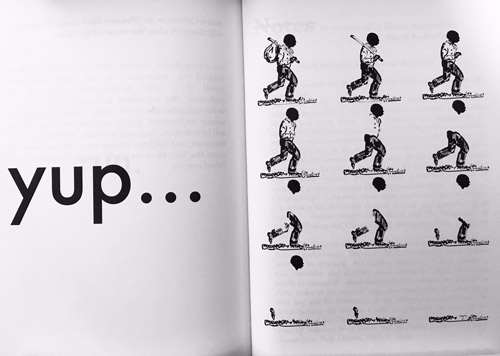 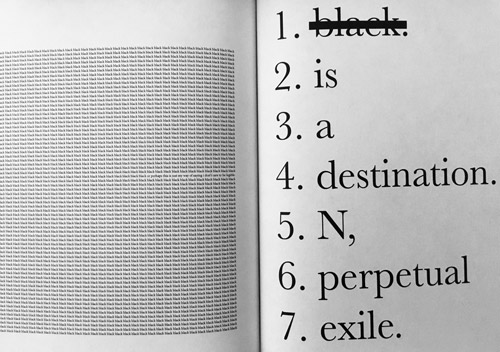 If you are narrative focused, the first section includes the slight thread, mostly through motif, of a child running from trouble:

and the present has always been a dangerous place
for children who dare to run faster than trouble.

If the character trouble is not obvious, turn to the endnotes for a list of land-grab statistics, institutional eviction, ethnographic case studies, Minneapolis gentrification theories, and an exhaustive list of horrific racial crimes. GeNtry!fication is so tightly researched it could stand up in a court of law. Except that institution would see some of the black pages with white print and deem the argument inadmissible. The white courts of America would collapse if they even considered the logic underpinning Webster’s book, which makes it powerful, inaccessible (to the American justice system), and a keeper.

Presented with joy and rage, Webster’s vast knowledge, exacting research, and passion, brings glorious juxtaposition to the text, the type of code switching that made Obama president. For example, mixing sentences like: “Molecular typography, or, the study of letters through their physical and chemical underpinnings.” And “because apparently no one woke up on they john wayne shit to take land. it just happened.” Not only do the ideas become stronger by holding them to light side by side, by the text is transformed from academic to poetic, much like a good DJ mixing genres, the old and new, Tupac with Mozart.

Although the first section, mostly visual, very design-conscious, almost agitprop, could be read as a standalone, the layers and layers of thought, research, careful planning, and cunning presentation would be missed. Skipping the second section would be like going to a concert with earplugs. 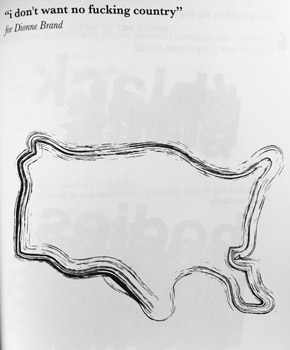