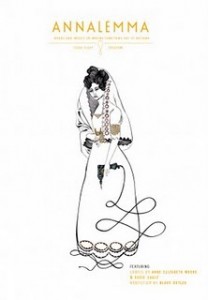 Issue Eight of Annalemma is themed “Creation” and came about, Editor Chris Heavener writes in the intro, when a friend of his suggested he “do an issue of Annalemma all about making things. It would be nonfiction focused. Maybe it would have a few fiction pieces thrown in there for fun, but the contents would consist mainly of profiles and interviews with woodworkers, chefs, designers, manufacturers, and artisans of all stripes. It would be a celebration of craft, of people who devote their lives to a trade and do what they do with grace, precision, and beauty.”

The resulting issue includes Barry Grass talking with Belgium artesian brewer Dany Prignon of the Fantôme Brewery, designer/dressmaker Jen O’Malley on the American history of the bridal gown, and author/activist Anne Elizabeth Moore on gender inequality in the world of comic books – among many other “creation” themed works. The issue is also features a generous amount of full-color artwork and photography throughout.